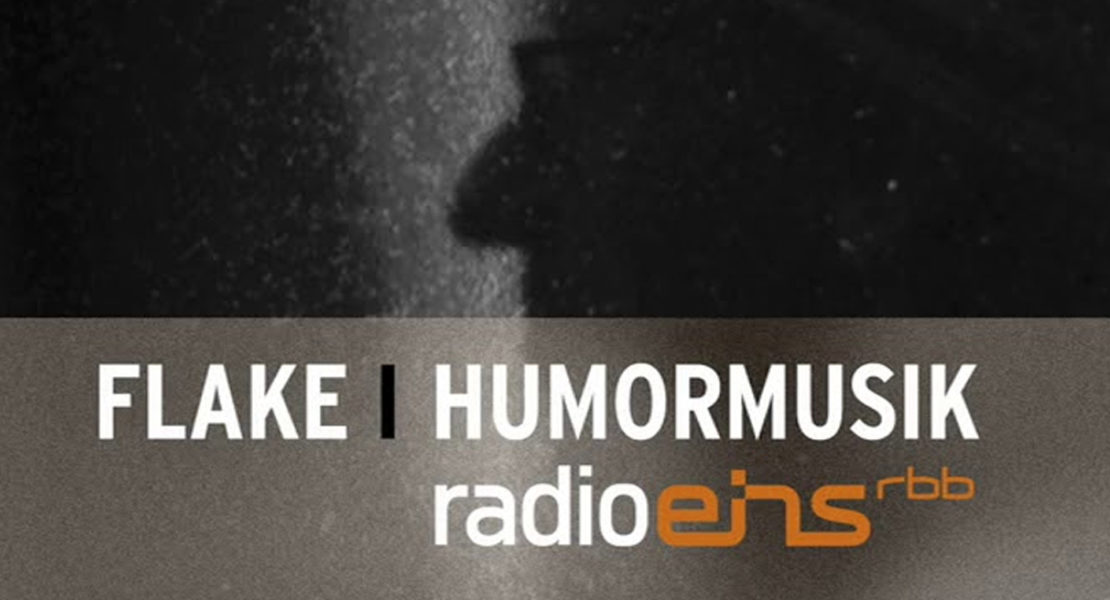 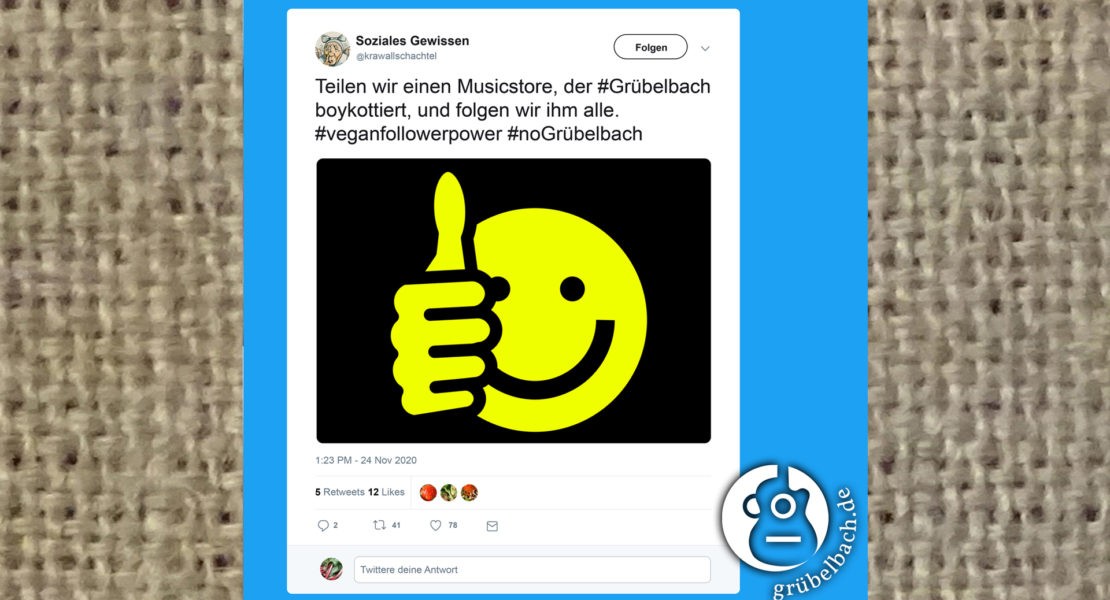 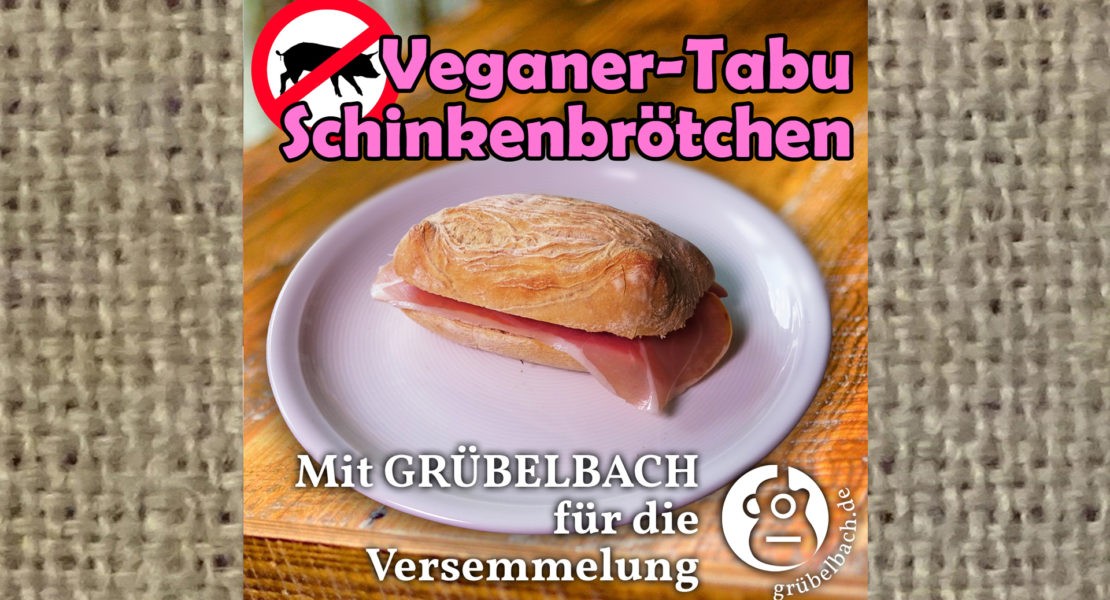 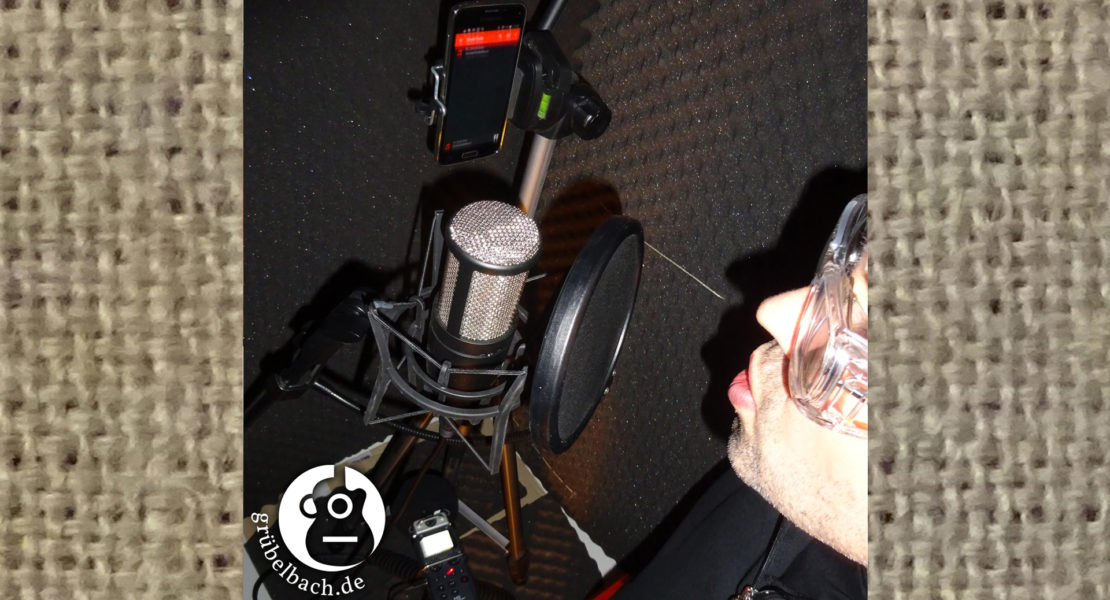 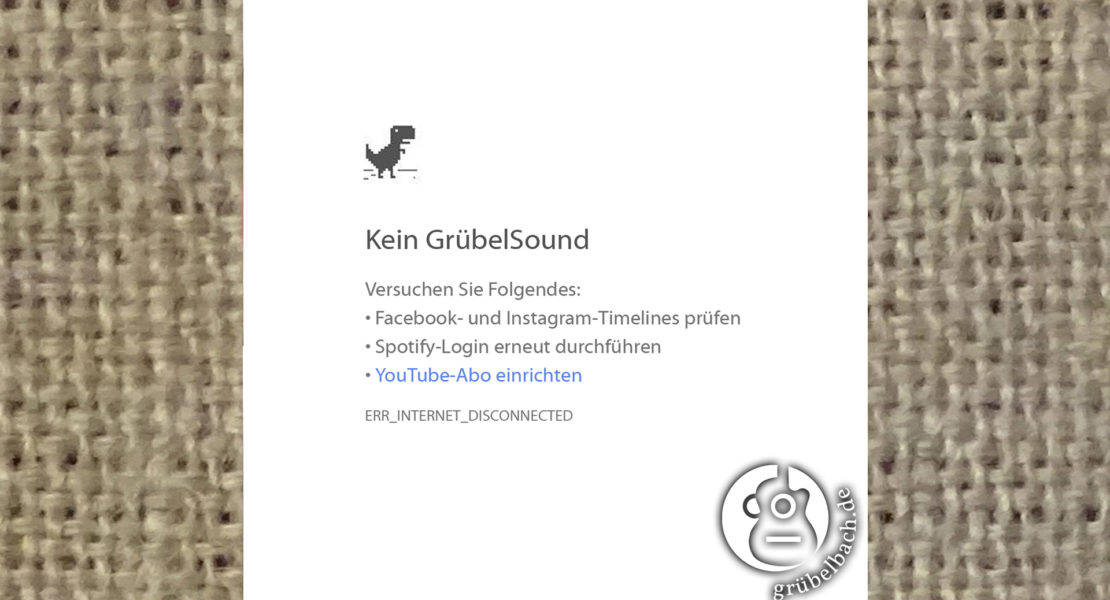 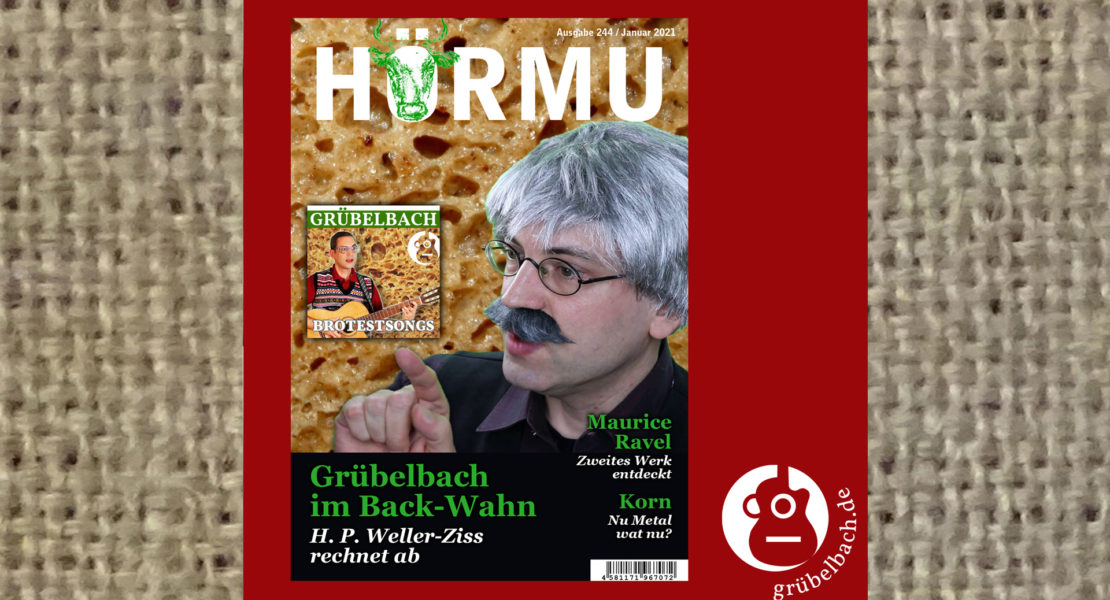 In June of last year, I wrote that things would pick up again here on the blog – but fiddlesticks. In fact I’m just practicing announcement rhetoric, which seems to be a specialty of winners.

No, but – a lot is happening. Several Grübelbach albums are in long-term preparation, currently the second and first English-language one of the ➗ ROCK DOTS. In the penultimate entry, moreover, I had mentioned a no-budget film. 🏦🖼🎸🐞 IM BEZIRK should also still see the light of day in 2022 – first at one or the other performance in front of an audience (depending on the whims of the virus), then certainly on the platforms. Almost 50 min. of film are currently finished.

As we can see on this proof photo, there has already been quite considerable sign shifting during the shooting.

Here, Merlin and my humble self are on a royal mission with Pope Tauchsieder I. We are thus moving – not directly apparent in this picture – in the refuge of a gigantic digital corporation. The transformation of our eating habits will also play more than one role in this experimental feature film.

Once again, I will refrain from giving specific dates – but I promise you that this year will not pass by uneventfully in the Grübelverse.

It’s been quiet here on the blog for a few weeks. That doesn’t mean that the Grübel project is resting, quite the opposite: Several albums are growing in rehearsals, recordings and sound experiments. In addition, the first part of a longer no-budet experimental feature film has been made from already existing videos. The filming will continue step by step.

The web activities are now resumed here a little more. You don’t always have to broadcast – that’s one of the better slogans of our future. But if, then …

In the interplay of bread in all its manifestations, I listen here to Wolfgang’s reflections on the crumb in its relationship to the larger whole.

The question is philosophically and discourse-practically far-reaching. For the time being, we follow the trail of breadcrumbs …

The GrübelSound smash hit KATZE ERKENNEN probably still resonates where it was heard. So also me as the main responsible person. In the song lyrics it is not least the concluding lines, …

Then you do not go swimming
Without a balloon
And if it says SPD on it
who cares?

… which make me feel a certain melancholy. As Rock’n’Roll Commissioner under Federal President Walter Scheel (FDP), I always maintained a friendly relationship with the coalition partner.

My attempt at differentiation, however, remained somewhat half-hearted: In the shallows of the present website, I also gave out a text alternative against the big competitor on a trial basis at the point just mentioned:

A certain relaxation sets in when I register the comparatively rude methods currently used by legal scholar Christoph Möllers in the magazine MERKUR to address the Social Democrats’ dwindling voter base:

In other words, it is not clear whether the decline of social democratic parties following certain pro-business reform policies was also caused by them.

This connection will probably go down in history as the Wikihausen trilemma: To assume that economic unfriendliness is a necessary consequence of political alternatives would be just as frivolous as abandoning social revolutionary pathos altogether.

Olaf Scholz’s observation will have to become more acute from this point of view. 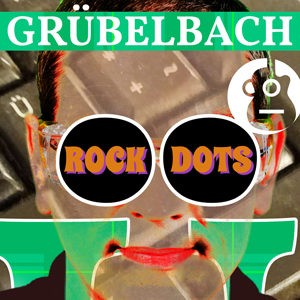 💻  All platform links of BROTESTSONGS

ALL GRÜBEL LINKS IN ONE LINK

GRÜBELBACH – Guitarist without instruction, airy spirit with visions. Here I keep you up to date on my activities, comment on other artists, collect interesting facts about guitar music and music production. You can see and hear more in my 🎞 Videos on the blog and on 🟥 YouTube, or check me out on 🔵 Facebook and 🐤 Twitter. 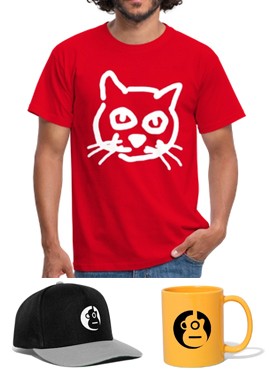